A symposium titled “Ottoman Ego Documents” will be held in 2021, with the collaboration of Istanbul Medeniyet University Faculty of Arts and Sciences and Center for the Study of Ego Documents of Istanbul Medeniyet University. In the symposium, it is aimed at making an inventory of the existing material. The symposium will be both in English and Turkish. The texts belonging to pre-Tanzimat period are particularly advised to present. The primary sources used in the presentations can be in Ottoman Turkish, Arabic, Persian or any other languages spoken/written in Ottoman territories. The main focus, on the other hand, would be on the texts written in Ottoman Turkish.

There has long been a widely accepted opinion about the lack of autobiographical material in Eastern-Islamic societies. It is assumed that the materials such as memoirs, diary, autobiography and scholarly CVs in which an individual tells about himself/herself were very rare in the Ottoman society especially pre-Tanzimat period. However, recent studies in this field have revealed that it is quite the opposite.

It is considered that although certain texts -some of them are extremely significant- are actually known by the scholars of Ottoman Empire could fall into the self-narrative category, an awareness about the existing material could not be raised yet due to treating the material for only obtaining information rather than dwelling on their value as a source or missing the potentials of integration to the international debates within this scope. Our symposium will fulfill its mission if it can raise an awareness about the self-narratives revealing the importance of the existing texts and if it introduces some unknown texts to the scholarly community.

Our primary aim is not to reveal the autobiographical elements existing in any text or the data about the author’s self by using the information found, say, in a marginal note; but to focus on the distinct works which can be directly evaluated within the scope of self-narratives. A close examination can reveal autobiographical elements even in Ottoman chronicler’s accounts. Moreover, traveler’s accounts can also be fitted in the category of self-narrative according to some historians. Our expectation from the potential participants of the symposium is to apply with the abstracts focusing on the sources like diaries, memoirs, autobiographies, and scholarly CVs that can undoubtedly be evaluated as self-narratives and not allowing the concept to as enlarge as rendering it meaningless. With this agenda, our aim is to reveal the accumulation of knowledge in the field with the symposium that will be organized at Istanbul Medeniyet University.

Allocated time for presentations is 20 minute plus a 10-minute discussion afterwards. You may send your CVs to our contact e-mail with abstracts of 250 words in Turkish and 250 words in English. Below the abstracts there should be 3-5 keywords and 2-5 references.

Symposium papers go through the peer-review process as blind-review.

Announcement of the accepted papers: 30 September 2020

Announcement of the program: 15 January 2021 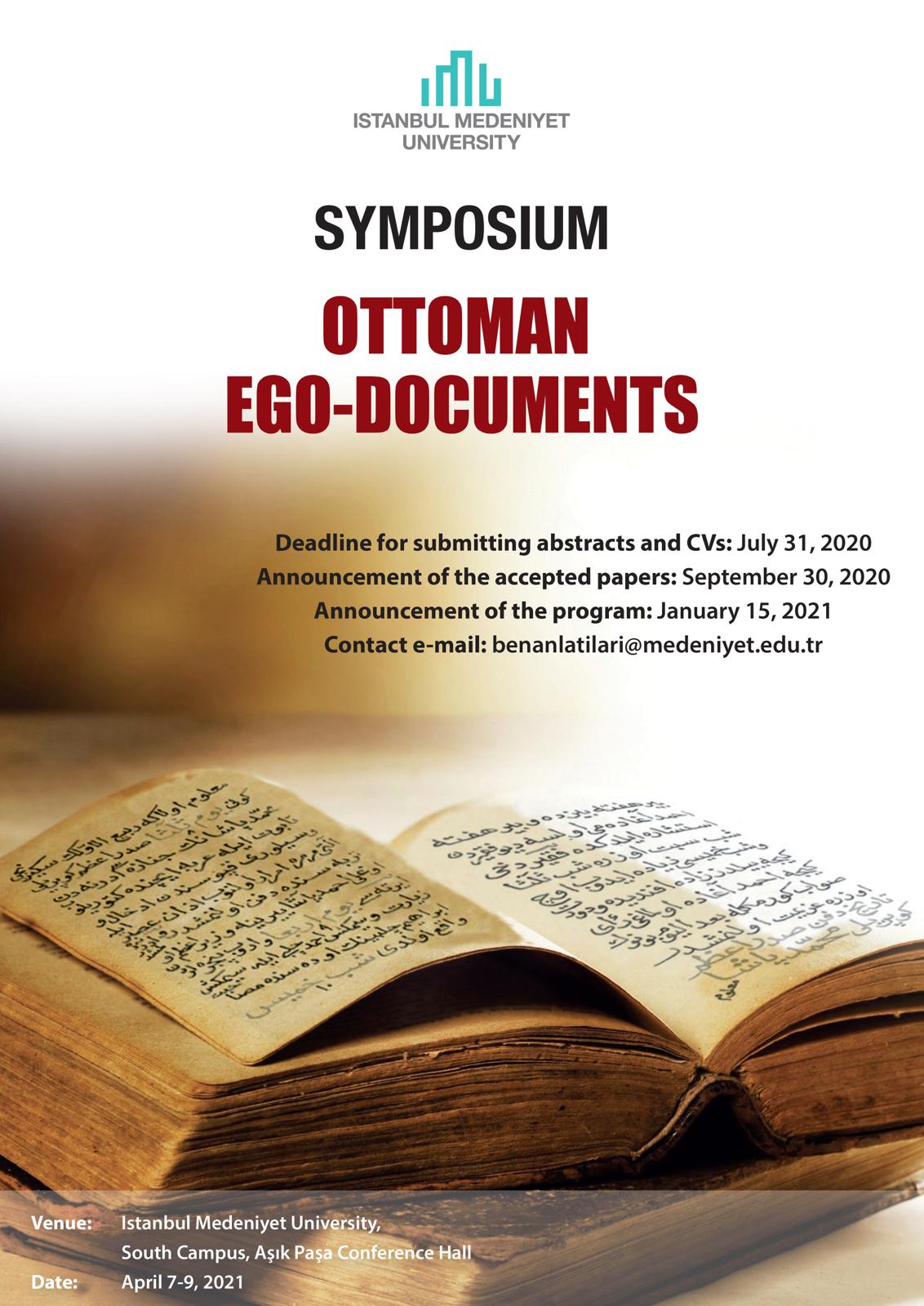